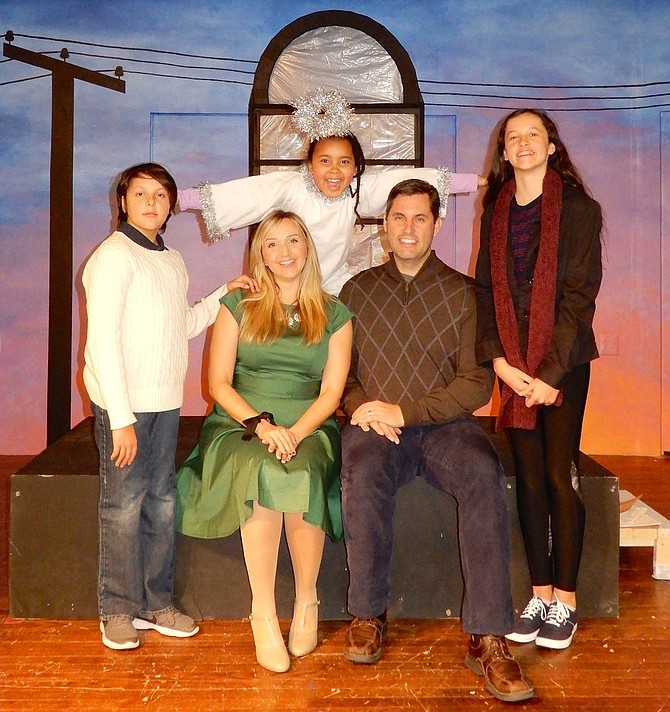 Putting on a church Christmas pageant should be a fun and joyful experience – after all, ’tis the season. But when some rowdy, rambunctious siblings get involved, both chaos and hilarity ensue.

That’s the premise of City of Fairfax Theatre Co.’s (CFTC) upcoming play, “The Best Christmas Pageant Ever,” to be held at Truro Anglican Church, 10520 Main St. in Fairfax. And Greenbriar East Elementary third-grader Lilith Nees has one of the main roles.

She portrays Juanita, who plays a baby angel in the church pageant. “She’s one of the smaller and younger kids, so the tough Herdman siblings try to intimidate her,” said Lilith, 8. “She’s very shy and terrified of them, but she wants to know what they do in their spare time. She also makes up excuses when she’s not prepared for her part in the pageant.”

Lilith likes her role because “Juanita is a meek person, so I don’t have to remember a lot of lines. That way, I can focus on my entrances and the four songs I sing. My favorite is ‘Angels We Have Heard on High’ because we sing as a group and, when we all sing ‘Gloria,’ we do it in a really loud tone.”

Overall, she said, “People will like the feeling the actors show when they’re speaking. And when they’re leaving, the audience will feel like, ‘Wow, that was deep.’ It’s a very touching production.”

Show times are Thursday-Friday, Dec. 5-6, at 7:30 p.m.; and Saturday, Dec. 7, at 2 and 7 p.m. Tickets are $15, adults, and $10, children 13 and under, at https://fairfaxcitytheatre.ticketleap.com/best-christmas-pageant/. Prices are $5 more at the door. For group rates, contact fairfaxcitytheatre@gmail.com.