Educating the Public about Local History in Centreville
Votes

Educating the Public about Local History in Centreville

Sully District’s name will not be changed. 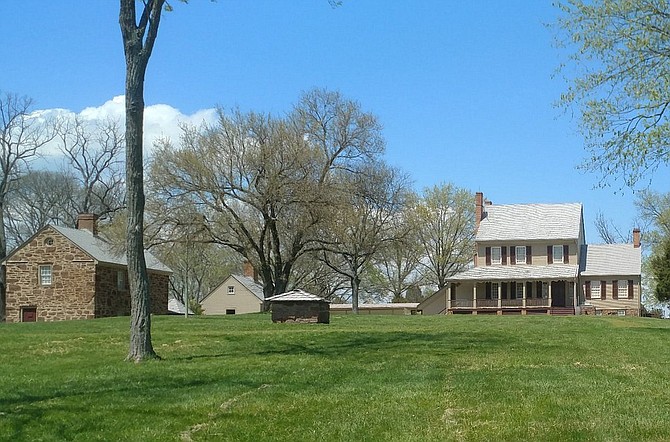 The popular Sully Historic Site is off Route 28 in Chantilly.

The potential renaming of the Sully District is off the table, at least for now. Supervisor Kathy Smith (D-Sully) made the announcement during last week’s Fairfax County Board of Supervisors meeting.

Noting the two virtual town-hall meetings on this issue, the emails she’s received and the conversations she’s had about it, she said she heard different viewpoints and that the most important thing she heard was about the need to heal our community. “The best way to do this is to work on ways to tell the true story of [Sully District’s] sometimes complicated and misunderstood history.”

They lived there from 1794-1811, and Richard was a planter, jurist and politician – as well as Northern Virginia's first representative to Congress. He was also the uncle of Robert E. Lee. While the Lees lived at what was then called Sully Plantation, the farm work was done by enslaved African Americans.

Although many Lee family members supported the Confederacy, none lived at Sully during the Civil War. But for 18 years, beginning in 1811, other people lived there and held enslaved people. The property was later renamed Sully Historic Site; and in 1976, the Park Authority restored the home and furnished it with Federal-period antiques.

Fast forward to 1991, and by then, western Fairfax County’s population had grown so much – especially in the Centreville and Springfield districts – that a ninth county magisterial district was needed. Created out of some of the Centreville, Springfield and Providence districts. It was named Sully District after Sully Historic Site.

The grounds still feature the original, 18th-century kitchen/laundry, smokehouse and stone dairy, plus representative quarters for the enslaved people. Richard and Elizabeth are buried in the cemetery there. And throughout the year, various educational events and other activities for area residents are held at Sully Historic Site.

Meanwhile, two virtual meetings – one in June and one in September – were held about Sully’s possible renaming. During the public comment period at the latter, resident Paul Spisak asked, “Instead of spending all this time to change Sully’s name, has any effort been put into educating people about the past and why what happened was so bad? It seems like this is erasing history.”

And Centreville’s Jeff Flading found it “curious that only Sully was found in violation of the One Fairfax policy [encouraging equity in county decisions and services], when it’s clear that George Washington owned slaves and Mount Vernon had many more slaves.”

“The RAC went out of the way to make excuses for George Washington and George Mason, so this is an inconsistent application of the policy,” he continued. “Do the same for all the districts or don’t change any, at all. It’s just not right; treat everyone fairly.”

In the same process, the Lee District was renamed the Franconia District.

Smith said people worked hard on the RAC report, but she was interested in hearing residents’ thoughts about it. Flading replied that “The result led to some bad recommendations, and I don’t support them. We ought to be equitable and fair – and [the renaming decision] should be put to a vote countywide.”

Resident Liz Walker said she associates the name, “Sully,” with the pilot who landed on the Hudson River, and France. But, she added, “Do we want our district named after a plantation where people were enslaved? This is an opportunity for Sully District to establish a new history of what we want to be known for, going forward. It’s also a representation for our children of who we are.”

Agreeing, Phil Beauchene said, “We should acknowledge that wrong was done. And I believe that, if something causes pain or harm to a group of citizens and we can fix it, then we should do that.”

And Prince Howard said the district’s name should reflect “who we are today and One Fairfax’s diversity, equity and inclusion.”

But the Sully District Council of Citizens Associations – representing more than 6,100 local families – oppose changing Sully’s name and contend the main reasons RAC cited in its report as justifying a change aren’t valid. The organization’s president, Jeff Parnes, explained why in a letter to RAC.

“We fail to see how Criteria 3 – Is the name related to the Confederate past? – is applicable,” he wrote. “At best, the ‘Confederate relationship’ is that Richard Bland Lee was the uncle of Robert E. Lee. Richard Bland Lee died on March 12, 1827, some 34 years prior to the beginning of the Civil War. We don’t believe a family relationship of this nature validates Criteria 3.”

In addition, wrote Parnes, “We didn’t see any valid reason why Criteria 1 – Does the name violate the spirit or explicit meaning of the One Fairfax policy? – would apply only to the Sully District. If the use of any former plantation name is unacceptable in Fairfax County as a violation of One Fairfax, how can Mount Vernon be retained?”

What’s needed, he said, is more interpretive signage at Sully Historic Site, plus “better Virginia-history education, not an erasure of history. If we acknowledge the truth of our history, we can teach all ages that people are people, regardless of our differences, and that slavery was wrong.”

During the Nov. 1 Supervisors meeting, Smith seemed to agree. She said one way to tell Sully’s history is to “educate the public about how land was developed [in Fairfax County], who benefited and who was marginalized in the process. This includes historically Black neighborhoods that were eliminated as the county expanded to the west.”

Re Sully Historic Site, specifically, she noted it contains a 225-year-old house, 120 acres of parkland, gardens, out buildings and slave quarters. Said Smith: “We can do more with this site and be creative in providing enriching and meaningful experiences for all visitors to learn about the history of slavery at the site, as well as in the county, through immersive, educational, experiential and reflective programming and interpretation.”

“I’ve realized there’s so much we don’t know about our past,” she continued. “Therefore, I believe the best step forward at this time is to retain the name of Sully District and learn more about the impact our history has on us today.”

Doing so, said Smith, will “enable us to move forward and embrace One Fairfax for all. I’m talking with the NAACP, the county’s equity officer and the Fairfax County Park Authority executive director about ways we can have a more honest conversation about the history of our country, county and the Sully District.”